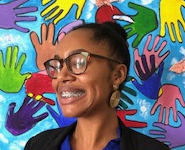 Brianna is a practiced educator and passionate advocate for at-risk youth. Migrating from New York, she has worked with community groups to help create quality programs for marginalized children and youth in New Orleans and New York. Currently serving on various community committees, Brianna diligently works to bring about continued change in social justice and advocacy. Over her career she has worked with the Boy and Girls Club of Black Rock and Riverside, AmeriCorps, and has taught at various schools throughout New York. Brianna holds her MA in Education, a BS in Psychology and an AA in Sociology from SUNY University at Buffalo. 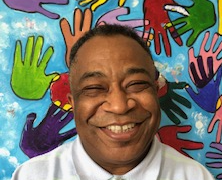 Darryl has served as Program Director of  Project SEARCH of The Boston Conservatory, Executive Director of the Harlem School of the Arts and Program Director for the Booker T. Sparks School of the Arts.  Mr. Durham is a recipient of the Miles M. Young Award, the Music Assistance Scholarship of the New York Philharmonic, a two-time recipient of the Director’s Award from Boston University and a recipient of the Martin Luther King Jr. Scholarship.  Mr. Durham founded Anna’s Arts for Kids in 2010 as a means of breaking the cycle of poverty which affects many youth in the New Orleans community. In 2012, Mr. Durham received the Blue Cross Blue Shield Foundation of Louisiana Angel of the Year Award for his work with Anna’s Arts for Kids. Darryl is a professional clarinetist, studied with the Peabody Conservatory of the Johns Hopkins University and Boston University, where he earned his Master of Music Degree.